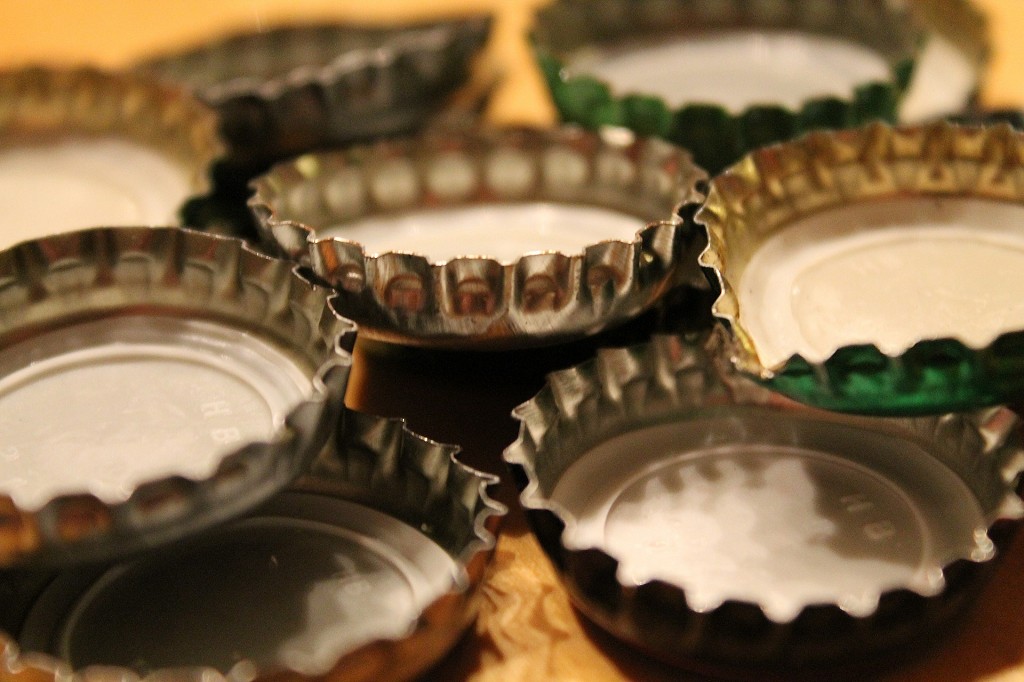 Once more into the breach...

I’m an introvert. Large crowds of people aren’t my thing, which considering that I regularly speak to large groups of humanity, is rather odd. If you gave me the choice between the best party in the world, and a quiet field, I would choose the tufts of grass every time. So along comes the Mindful Drinking Festival organised by Club Soda...in London. This is a chance to sample drinks and chat to those on the cutting edge of non alcoholic drinks making. I’d probably better go...

Have I become Victor Meldrew?

The health benefits of non alcoholic drinks - fewer calories, reduced alcohol intake etc etc are worth the journey, I tell myself. I take a big breath in, put on my headphones and board the train. I get on at Cambridge North where there are only a few lost and cold souls. Our next stop is Cambridge itself where it becomes clear that a great many people will be standing for this journey. It never ceases to amaze me why in 21st century UK this still happens. Surely it’s just basic maths? I wonder if the more difficult SATS papers can encourage the next generation to solve this problem. "If there were 300 people on a train, how many seats do you need?"The guy opposite is wearing headphones that aren’t channeling his rock music into his ears. I give up my seat so a dad can sit near his young son and daughter, but fortunately it’s a straight swap to one with a table. Thus I’m on my way, crouched over my laptop for fear of my arms or legs making contact with others. Someone has opened up an egg sandwich. At least I hope that’s what that smell is. What other nasal delights await me? Did anyone bring a can of sulphur dioxide? Any filled nappies near here? What about a nice mackerel salad?

The train journey continues. Our eclectic smorgasbord of humanity packed into a tin tube, ricocheting over worn tracks, most finding solace in Apple or Samsung. I stare longingly at the fields moving by quickly outside. I should be happy about trains - their existence is probably the reason there are still fields outside rather than tarmac. But please stop the train, I want to get off.

Don’t get me wrong. I’m really looking forward to meeting those genius chemists and tasting some fantastic products.

I’m a little at a loss as to where to start at the festival. Club Soda have managed to organise a huge number of companies to come along. Well done them! If this non alcoholic movement is to continue at its current pace, it’s going to require events such as this to get the word out. In my experience, most peoples’ first response to a mention of a non alcoholic product is ‘why?’, coupled with an incredulous look on their faces. I soon explain, but ultimately drinking is an area where experience triumphs over chat.

I’m also somewhat nervous as to what today will do to my taste buds. I’ve never found large festivals the best for tasting as there is so much going on the senses become overwhelmed and sometimes fooled. I’ve written before about how mood, smells, and environment generally affect our sense of taste so this will be a case in point.

Hammersmith line to Adergate East. Then a brisk walk through a part of London where the local wall artists could do with learning a thing or two from Banksy. Through the food hall (a mini Marrakech- yum - want to come back here again!), into Ely’s Yard and up some steps into the venue. A guy on the door reckons they had 10 thousand people last year, and are looking at 15 thousand this year over the course of the weekend. Hard to judge the numbers, but I would say it didn’t feel overcrowded and the event organisers had laid it out very well.

It soon became apparent that my instincts were correct. As much as I would have liked to have gone to every stall, this just wasn’t going to be possible. Therefore I discounted anything above 0.5%, although I was intrigued by a 1% botanical so naturally had to try it.

What did I find?

I chatted to representatives from Pierre Chavin and Lindeman’s about their wines and sampled a couple. The Lindeman’s alcohol free Cabernet Sauvignon was not to my taste - I’ve had similar fortified wine at communion and wouldn’t choose this myself. The Pierre Chavin Zero Rose was really interesting and not at all what I was expecting. They do a huge range so more on those when they send me some.

There were two ciders I tried there. First of all, the 0.0% Drynnks Smashed Cider was quite frankly the closet I’ve had to NA scrumpy. A nice tartness with a reassuringly hazy body, I’ll be buying some more of this. Opposite their stand was Holly GoLightly 0.5% Cider. Interestingly, this is the base product from which Drynnks make their cider and so I wasn’t expecting it to be as very different as it was. Smoother and more delicate, this was a more refined cider that would be perfect on pretty much any occasion. I’ve still to try the Hawk’s Cider (owned by Brewdog) and didn’t have time to try the Strongbow Dark Fruit one, but I will review these as soon as I can. Overall, very pleasing to see an extended choice of good quality non alcoholic ciders.

I have brought home the full range from Nirvana. I’m told they have a new brewer and he has been tinkering with the recipes so it will be interesting to see if my review of the stout will improve. I fully intended to drop by the BrewDog AF bar whilst in London but due to the increasing haul of NA drinks, it soon became clear this wasn’t going to happen unless I grew more arms. I picked up a can of BrewDog Hazy AF to try later. I forgot to go back to Upflow to try their beer so that will have to wait for another time. I’ve reviewed many Big Drop beers, but hadn’t tasted their Golden and Hazelnut Porter before. The Golden is definitely a session ale and, rather than just being for the summer, I’m pretty sure it would go down well any time of year. The Halzenut Porter was absolutely delicious, but more on that in the review. Drynnks Smashed Lager was pretty tasty, and their Smashed Citrus Beer nicely unusual, though you wouldn’t want to have too much of the latter’s flavour in one go. They have the first on it’s kind alcohol removal machine in the UK - not entirely sure what the difference is but I will report back once I know. One surprise for me was Big Drop’s Lager on tap. I rather slated the bottled version, but on tap the mouthfeel and flavour seemed more drinkable. I found Infinite Session American Pale Ale to taste very similar to the bottled version - a fantastic beer all round.

I had a good chat with the good people from AB InBev who had bought Becks Blue, Leffe Blonde 0.0 and Jupiler. It’s a shame they didn’t bring along Hoegarden 0.0 as I would have liked to have tried that. There are some exciting developments on the way from them but I’m sworn to secrecy - you’ll have to wait. Had they brought along their awesome Fransiskaner Weisbeer, I think they would have won many hearts and minds at this event. Adnam’s were there and confirmed that their current 0.9% Sole Star is being revised yet again to see if it works at 0.5%. Let’s hope it does! They’ve said I can pop and visit their Reverse Osmosis machine so I’m looking forward to giving you the lowdown on that in the future. There is another beer to try in one of my totes - one with a bear on it that I first thought was from Australia. Drop Bear Beer - that’s it. Turned out the founder was Aussie but the beer is British.

I had a long chat with Jeffrey’s about their tonic syrups. They have now ceased selling the tonic waters, focussing purely on the syrups. I absolutely loved them and it will be interesting to compare these with their Canadian rivals whom my friends from themixologycollection represents. Would be lovely to see more of these around as they really offer something very special - the ability to mix your own tonic to the strength that you prefer.

Sipling gave me a sample of each of their range, as did ‘Mocktails’. Goodness knows when I’m going to taste all of these. Mocktails are bringing out a special Middle Eastern cocktail for Dubai, so I’m looking forward to that one when it hits the UK eventually.

So I think I’m in love with Ginish. You would be hard pressed to tell that this was not alcoholic and indeed, both of their products made me feel a little drunk through association - weird. If you know why this is please let me know! The bite they have given it from the chilli is a lot more refined and subtle than some, and the usual gin ingredients shine through. Rumish was also rather good, though ruined my ability to taste other drinks afterwards - error. These Danish guys are bringing out more and more alcohol free versions of famous spirits and cocktails so do keep an eye out. Celtic Soul I enjoyed very much - for some reason, when mixed with a little ginger ale, I found it very relaxing. I tried some Amplify, but to be honest I’m going to need to try it again by that time my taste buds had gone on strike.

Perhaps the highlight of my day was meeting the guys from Judge and Cucumber. Not only are they setting up alcohol free bars in a variety of venues, they are employing those down on their luck and ensuring they get housed appropriately. This has to be a cause worth supporting, and I urge you to check them out as soon as possible.

So, laden with many a tote bag full of glass, tin and liquid I staggered back to the underground, caught the wrong tube, got off and on the return one, got on the right tube, got on the wrong train, then got on the right train, and finally sat down with my laptop with a rather nice but overpriced burger from Leon. After meeting some wonderful, passionate people, I’ve decided that maybe London isn’t so bad after all. Just please don’t eat egg sandwiches on the train!