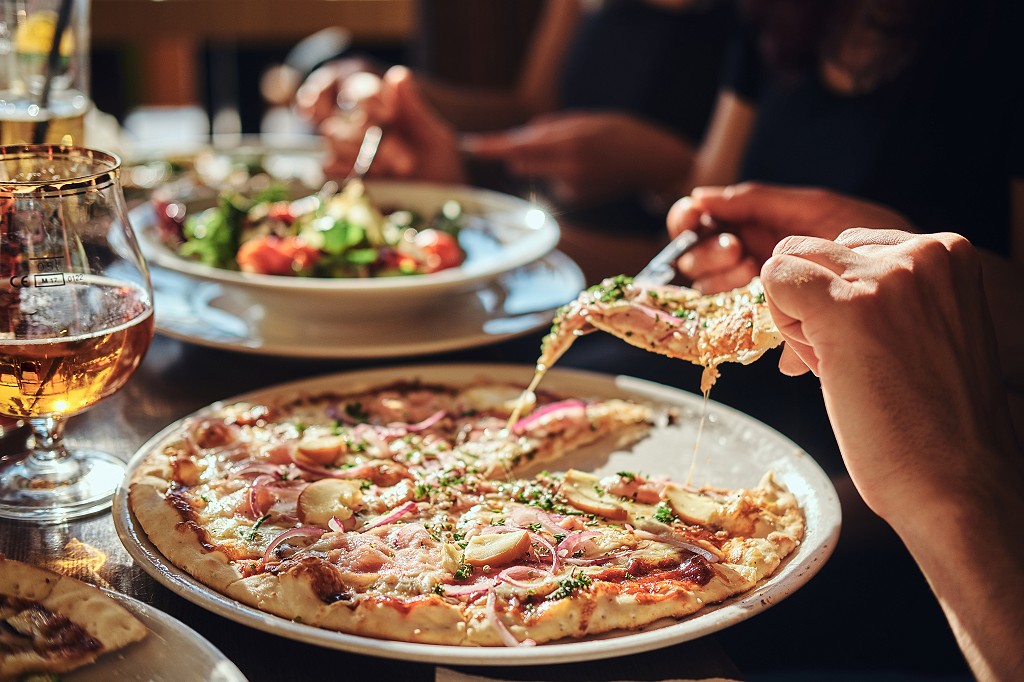 With so much press coverage being given over to Dry January and the increasing availability of non-alcohol beers, wines and spirits in our supermarkets, you could be forgiven for thinking than alcohol free was already mainstream. But step through any high street restaurant chain and you'll be hard-pressed to find a decent range of non-alcoholic drinks for grown-ups in almost any of them.

Of course, the market dictates what restaurants will put on their menus, so as the alcohol free market continues to show strong growth we can expect to find an increasingly good range of non-alcoholic alternatives. In the short term however, options for those of choosing alcohol free may be a little limited. So, in an effort to help our readers make good decisions about where to spend their cash when they go out for some grub we've put together this handy list. This is based on UK high street chains who offer a non-alcoholic beer (at least advertise one on their website). We have also included links to the relevant reviews so you can make the best choice about where to go and what non-alcoholic beer to drink when you're there!

In no particular order...

Byron was founded in 2007 by Tom Byng who, after a stint in America, realised there weren't any restaurants in the UK doing really good burgers. Years later and Byron is going from strength to strength, with restaurants all over the country. Byron offer a decent range of hamburgers, chicken burgers and now vegan options too along with a good choice of sides and deserts.

Their drinks range is fairly small - they're a burger joint after all, not a pub. But they have good taste. And their non-alcoholic option proves it. Their only alcohol free beer has American roots and pairs nicely with their American food.

drinkNAB head honcho Michael wasn't too impressed with Brooklyn Special Effects when he tried it, saying:

Overall, it tastes like a fairly average ale pulled at your local pub - you'd drink a couple over a discussion of Brexit perhaps. It has one significant downside though - cat pee. The aroma reminded me of cat pee and once I had noticed it, that was all I could smell. This is presumably down to the citra hops and I know it doesn't everyone, but it really bothered me.

But beer and burger officianado Jack thought it was pretty good - you can read his review here.

Pizza Express was founded in London in 1965. Pizza Express say their passion for Italian food can be traced back to our founder, Peter Boizot and his love affair with Italy. Peter was unhappy with the quality of pizza in London at the time so he shipped over an authentic oven and opened his very first restaurant on Wardour Street. Since then Pizza Express has become a fixture on many a UK high street and has retained its popularity, despite a bit of financial difficulty in recent years. For a few years they've also sold pizzas and dough balls in supermarkets which are also very good.

Given that they've stocked Peroni for ever (as far as we know!) their alcohol free offering is not unexpected - Peroni Libera. And we also spotted a Seedlip Gove 42 on the menu too.

A quickly dissipating head with a little aroma and a tight fizz, Peroni clearly wanted to keep this one subtle. Flavour-wise it almost hits the spot with a mild sweetness, but the tongue rather rejects the bubbly assault if you let it linger. Sadly it then fails somewhat with a disappointing worty aftertaste.

You can read more reviews of Peroni Libera here.

Café Rouge opened their doors in Richmond, London in 1989. It was founded by Karen Jones and Roger Myers, foodies on a mission to recreate real French dining in a Parisienne bistro-style setting. Rouge was also the favourite hangout for Bridget and friends in 'Bridget Jones's Diary', the novel that helped make them a household name.

It's unfortunate then, that the French breweries haven't yet got their act together and produced a really good non-alcohol alternative to Stella or Kronenbourg. Of course, there's Kronenbourg 1664 Blanc, but not everyone likes a wheat beer. Where's the alcohol free lager? Hopefully it won't be too long before the big French names get in the game and produce some excellent alcohol free beer. For now, Café Rouge have played it safe - picking an alcohol free beer with a broad appeal and a name which like their own is becoming more well known when every passing year.

Nanny State is a good alcohol free beer. It's widely available and BrewDog have managed to create something which, when required, hits the spot between a lager, a traditional and a hoppy IPA fairly neatly. It's not to everyone's taste and sure most people who've tried it would say it wasn't their favourite alcohol free beer. However, it's a wise choice for a restaurant wanting to stock a (very) limited range of alcohol free options.

One of our community reviewers said:

Nanny State seems like a fair attempt by BrewDog to create something with a broader appeal than some of their more citrusy beers. It's colour is certainly reminiscent of a traditional ale, and the flavour is fairly low-key compared to BrewDog's more popular alcoholic beers. However, it does deliver a decent amount of bitterness and definitely still packs a punch in the flavour department.

And you can read more reviews of BrewDog's Nanny State here. 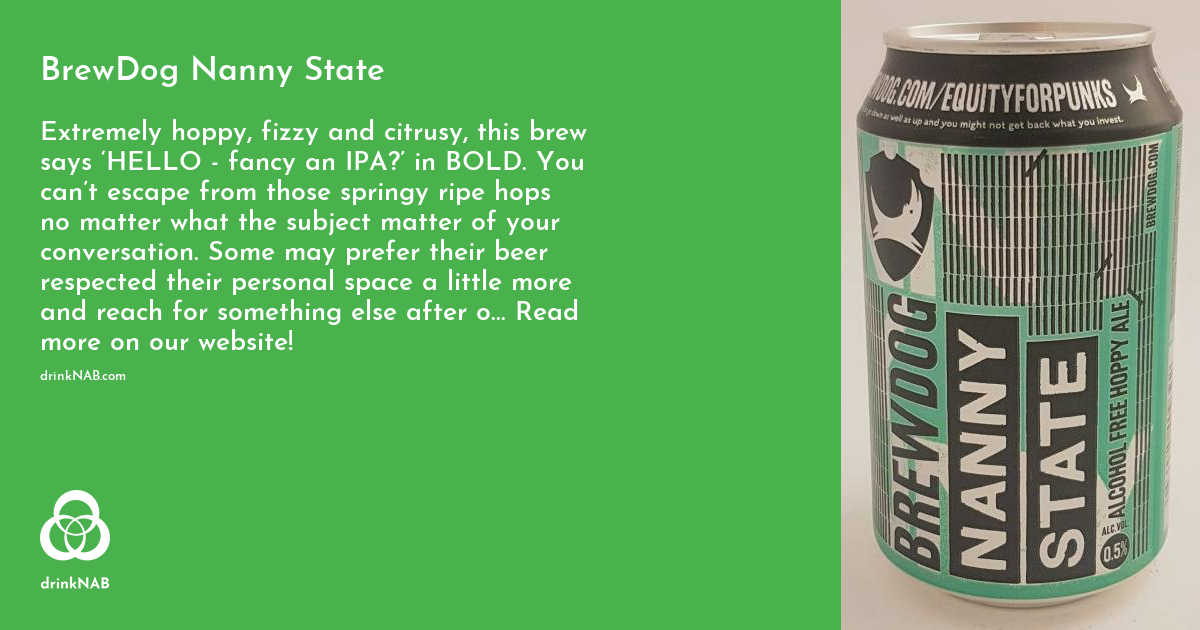 ASK are another Italian favourite with family-friendly restaurants the length and breadth of the country. Their food menu is pretty extensive, but their alcohol free range is lacking. Unlike Café Rouge who offer quite a good range of delicious-sounding 'mocktails', amidst all the red, white and rose wine, cider and spirits, ASK only offer a fairly limited range of beers and only 1 alcohol free option. Fair enough, that's the same as everyone else really, except that there's no alcohol free spirit option (unlike Pizza Express) and only a couple of options in the 'mocktail' range (which aren't clearly labelled on the menu).

Checkout our review and our community's thoughts about Peroni Libera here.

Fair enough, Slug & Lettuce are technically a pub who do food - but they are a widely recognised chain which is why we've included them in this list. They say, "Our high-street bars always have something going on! During daylight hours, we specialise in great value brunch and lunch deals followed by superb sweets to finish. Under cover of darkness, we transform into the perfect meet-up venue, creating the ideal atmosphere for a night of partying, dancing & chatting!"

Given that they're a pub, we expected them to hold a wider range of alcohol free options, and sure enough they do. After a quick look over their menu we could easily see they stock the following alcohol free drinks. And I'm sure they'll do a decent line of alcohol-free cocktails at the bar too, if you know what to ask for!

Michael gave Gordons 3/5 for their Ultra Low Alcohol G&T a few months ago, here's what he said:

I’m not sure what I was expecting? It’s quite expensive and therefore I was hoping for Gordon’s to have really hit the nail of the head. The taste is refined, subtle, and you can definitely remember the Gordon’s gin feel. It is a bit on the flat side though.

We're yet to review it, so if you know what you think about Seedlip Garden 108 we'd love you to click here and leave us a review!

Rekorderlig have proved themselves popular amongst cider drinkers in the UK over recent years, but unless you like a slightly artificial flavour and a lack of lime this one is probably not for you. Michael had this to say after trying it a little while ago:

If you like strawberry shoelaces and singing 'Let it go', then this is the drink for you. A pretty pink strawberry drink that sadly doesn't seem to present much of the advertised lime. For those that want to relive their youth of tuck shop sweets, heartbreak and overly sweet perrume, this is the veritable DeLorean of drinks.

Read more and leave us your own review here.

We've mentioned this above. It's a good choice for a pub, but for a chain the size of Slug & Lettuce we were hoping for something a little more adventerous to go alongside this mainstay of alcohol free beer. Perhaps the range will grow this year - we live in hope! Read about BrewDog Nanny State here.

At last, something a little different! GBK have a decent range of beers and ciders from a few lesser-known brands, as well as some big hitters like BrewDog Punk IPA. I can't help but feel that San Miguel just isn't quite the right choice for a burger joint though? Anyway, whatever the reason behind their selection, San Miguel 0.0 stands up well. You can read our drinkNAB review and community comments here. And if Spanish beer is your thing, you need to read our run-down of some of the most popular Spanish alcohol free beers. 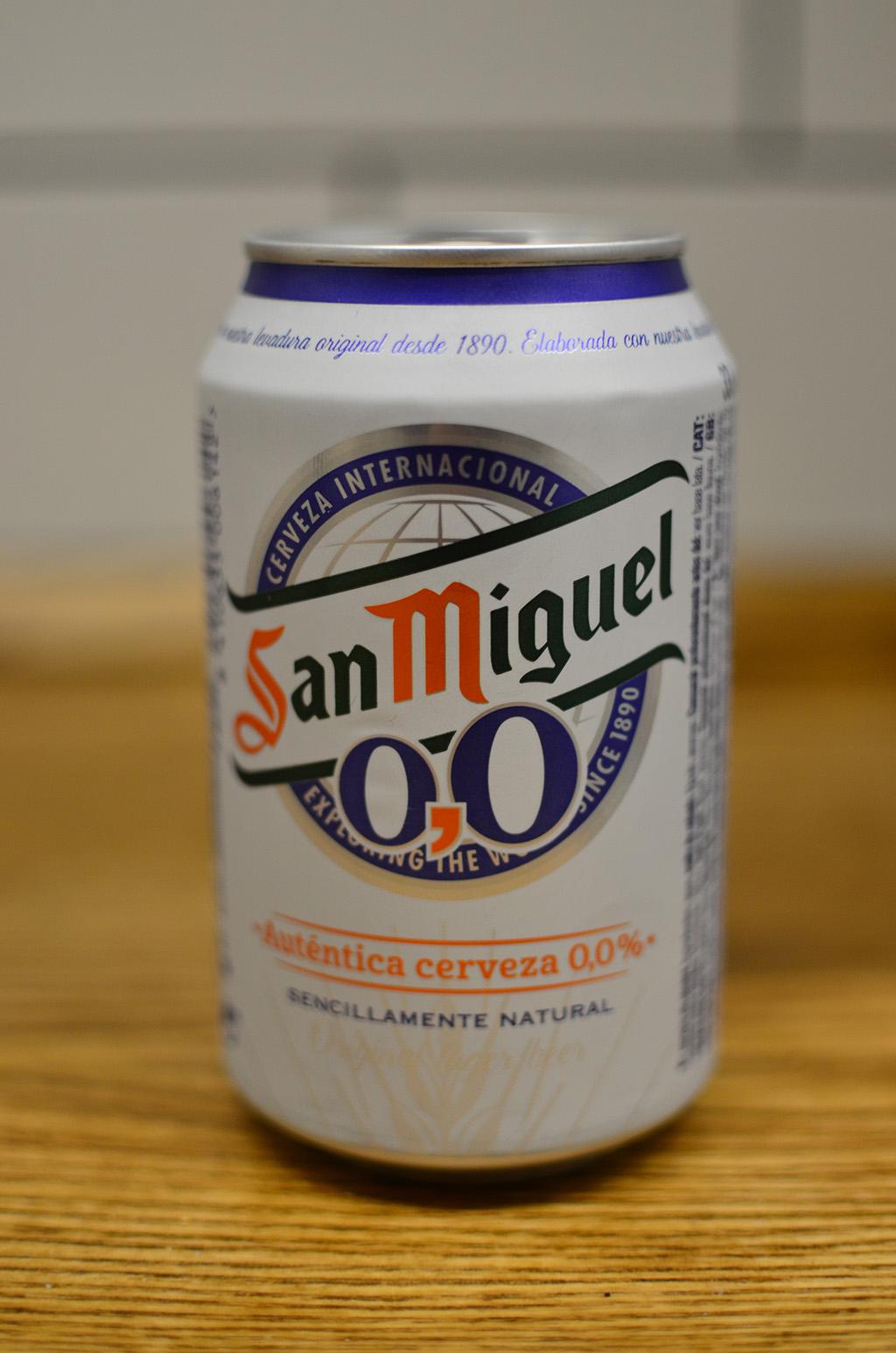 Back to the Italians with Prezzo - another high-street favourite. They offer a limited range of beer, yet it spans a wide range of options - from traditional Italian fayre Peroni, to Speckled Hen (the normal one not the alcohol free version), and BrewDog Vagabond for those needing a gluten free option. They've gone for Brooklyn Special Effects as their current alcohol free choice - which we're pretty pleased with. I guess they weren't happy to go with Peroni Libera just because they're an Italian and I hope this'll pay of for them.

Here's part of one of our community reviews:

I think this beer has been designed purposefully as a bit of a 'catch-all'. It's hoppy so the modern IPA fans will be pleased, it's called 'lager' so those looking for something familiar will know it's a safe bet, and yet I'd say it was definitely more of an ale than a lager - so your dad probably won't mind giving it a go either.

Tell Us What We Missed!

This is not an exhaustive list. Details were correct at time of writing but are subject to change - any errors or omissions are not purposeful. Are you a representitive of a high-street chain? Or the owner of an independent restaurant desperate to let the world know that you're stocking a range of alcohol free options? Let us know! Send us a message on Facebook, tweet us or email us - we'd love to hear from you.

We'd also love to see this list grow over the coming months, and we know the best way to do that is to vote with our cash. So, next time you're out for a bight to eat, take a look at the alcohol free options. And even if you're not driving, consider choosing an alcohol free beer over your usual, it's the best way to let the manufacturers and retailers know that there is real demand for low and non-alcohol drinks.